Lab testing is done with a consistometer to verify setting time for each SmartSet formulation at the target formation temperature.

In the example test chart, temperature was increased from mixing at room temperature to 72°C temperature over a 40 minutes period (known as ramp time) which simulates the time to pump it downhole to the formation. Then the test continues at 72°C formation temperature until the right angle set point is observed. 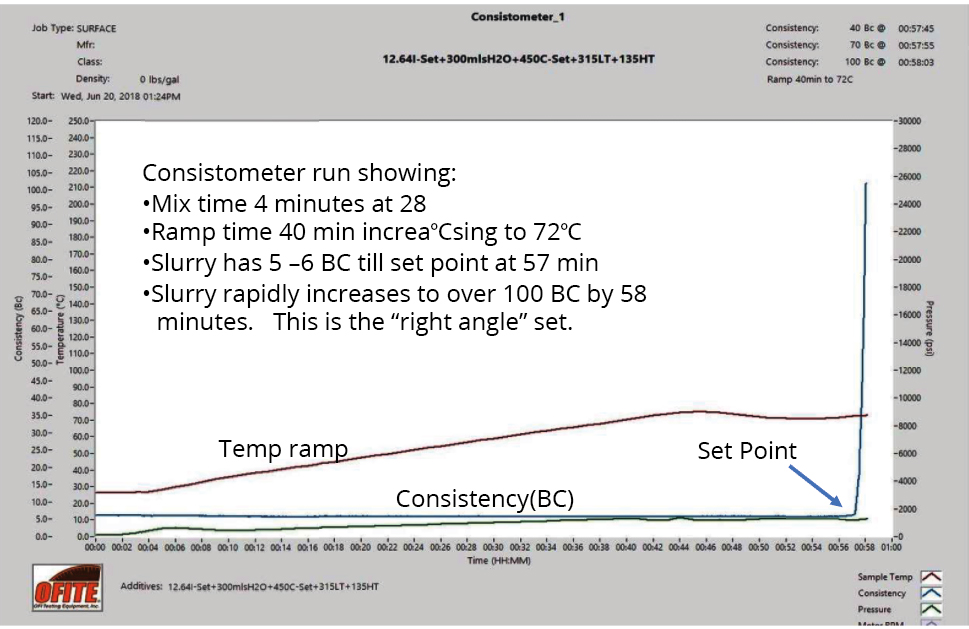 Setting Time Adjusted for Each Job